Brod the Tidemancer is a Boss in Pagan Online.

Brod the Tidemancer is a mage with devastating water-based attacks that deal Cold Damage. He summons crabs and, when in trouble, can summon Khorab —a huge sea monster —to his aid. 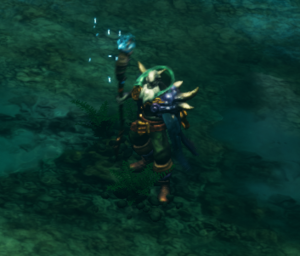 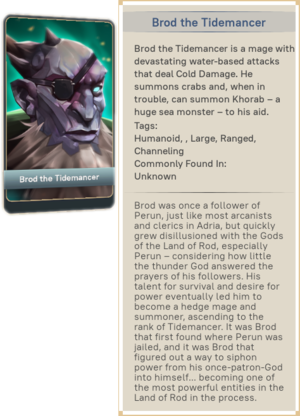 Brod was once a follower of Perun, just like most arcanists and clerics in Adria, but quickly grew disillusioned with the Gods of the Land of Rod, especially Perun — considering how little the thunder God answered the prayers of his followers. His talent for survival and desire for power eventually led him to become a hedge mage and summoner, ascending to the rank of Tidemancer. It was Brod that first found where Perun was jailed, and it was Brod that figured out a way to siphon power from his once-patron-God into himself... becoming one of the most powerful entities in the Land of Rod in the process. 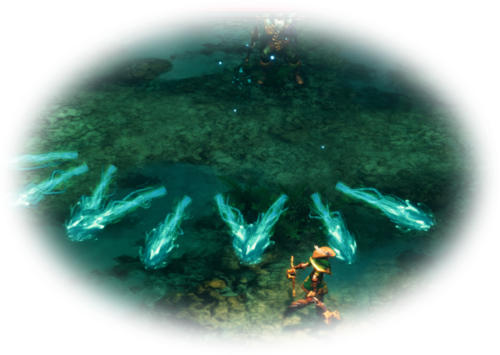 Brod the Tidemancer mortar fire several balls at you. 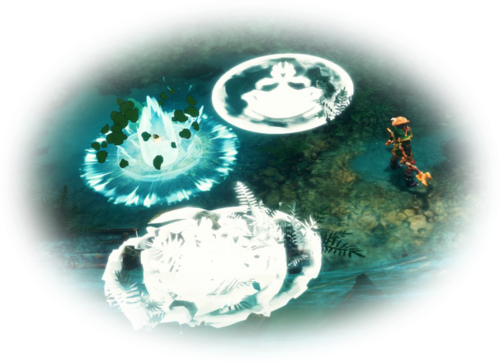 Occurs at 50% of Brod the Tidemancer's Health.

He invokes his pet Khorab.