You can see items with a School of Magic like this (you can also see it while hovering over Items on the ground): 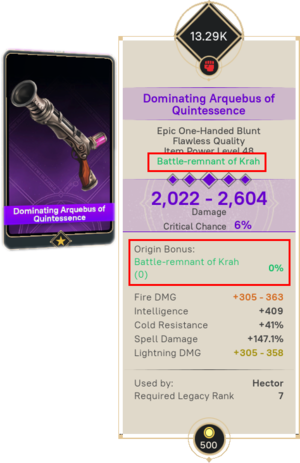